How not to commit to ‘Net Zero’: 5 common carbon strategy mistakes 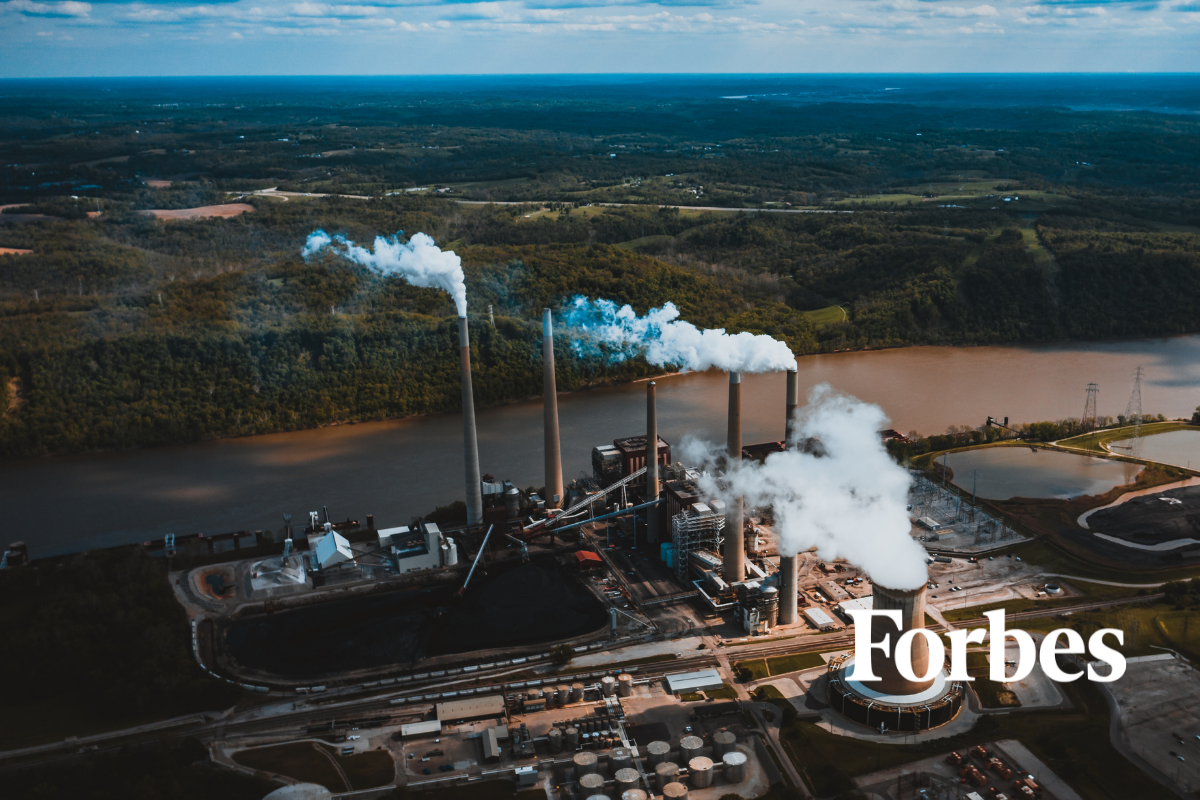 Net zero, it seems, is the new plastic-free – a target for carbon neutrality is the must-have centrepiece for your brand’s sustainability communications strategy. A weary tweet from the Telegraph’s Sam Brodbeck last month spoke volumes: “Can any firms confirm they’re NOT going carbon neutral? Would be a lot quicker.”

The trend shows no sign of slowing. The NewClimate Institute recently reported a threefold increase in the number of businesses setting net zero goals, from 500 at the end of 2019 to 1,565 in October 2020. Meanwhile, estimates suggest that the carbon offset market could hit $1.4 trillion annually in 20 years, a roughly five-thousand fold increase from $247.9 million in 2020. It was this sort of forecast that prompted Mark Carney to launch the Taskforce on Scaling Voluntary Carbon Markets.

We urgently need businesses to radically reduce their carbon emissions in order to achieve decarbonisation by 2050 and limit the worst threats of the climate crisis. But as organisations queue up to add their net zero strategies to the pile, a number of common pitfalls are emerging. These mistakes threaten not only the integrity of their communications, but the future of our planet. Here are five mistakes to avoid:

Brands need to stop cherry-picking which emissions they want to account for. By excluding Scope 3 emissions from net zero plans, many are turning an opportunity for real impact into a compliance activity.

This act of selective responsibility means we risk letting the vast majority of emissions go unchecked. Companies’ Scope 3 emissions are on average 11.4 times higher than their operational emissions, according to CDP. A World Economic Forum report found that just eight types of supply chains – including food, FMCG and fashion – account for more than 50% of global emissions. In the fashion sector, 85% of a product’s emissions come from the supply chain. In FMCG, that number is 90%!

Nigel Topping, of the UNFCCC, recently described supply-chain decarbonisation as a “‘game changer’ for the impact of corporate climate action.” His call for honesty across the value chain was clear: “Addressing Scope 3 emissions is fundamental for companies to realize credible climate change commitments.”

Tackling Scope 3 emissions is no easy task. But a net zero strategy that plays pick and mix with carbon accountability is meaningless. And given that 70% of consumers are more interested in product-level impact than company-level impact, ignoring Scope 3 also risks alienating your customer base.

Mistake #2: Set a 2050 target, then continue business as usual

Brands must publish a clear decarbonisation pathway and be actively accountable to it.

In their latest Carbon Budget, the Climate Change Committee stressed that “the 2020s must be the decisive decade of progress and action,” but many net zero strategies seem to me to lack urgency. At last month’s edie conference, I heard Jonathon Porritt address the noise around net zero, describing 2050 as “a wonderfully convenient date for politicians.” I share his scepticism, and I’d say the same is true for businesses.

What’s more, only 8% of companies with net zero goals have interim targets, according to a recent report from DataDriven EnviroLab and the NewClimate Institute. Standalone dates are simply not enough. What we need to see is an ambitious timeline, interim emissions reduction targets and transparent progress reporting. If companies are working towards change in thirty years time, there’s a risk they won’t be able to make changes quickly enough, or that a change in leadership will derail their commitments. Let’s not forget that companies have already missed major environmental targets, including promises to end deforestation by 2020.

Take BP and Shell. Both have declared “net zero by 2050” and declared themselves “climate leaders”. But take a peek behind the CSR curtain, and you’ll note their plans to extract and burn 120% more fossil fuels than the limit for keeping the planet under 1.5°C of warming. Elsewhere, however, some brands are approaching net zero with integrity. When Danone pledged in 2015 to become carbon neutral by 2050, they published measurable interim targets, including a 25% reduction in emissions by 2020, and specific 2030 targets for Scopes 1, 2 and 3.

Last year, a BEIS survey found that 64% of the UK public are unaware of net zero as a concept, and just 3% of the UK public feel they know “a lot” about it. Reading this, I was hardly surprised. We are bombarded daily with a whole gamut of terms: Carbon Neutral, Net Zero, Carbon Zero, Climate Positive and many more.

For brands starting out on net zero planning, the IPCC’s definition of carbon neutrality (net zero CO2 emissions) is a useful starting point: “a state of balance between the CO2 emitted into the atmosphere and the CO2 removed from the atmosphere.” If you have reason to aim at something other than net zero, then it’s crucial to communicate that in simple, consumer-friendly language.

There are also some terms which I’d strongly advise against. ‘Carbon zero’ is sometimes used to describe net zero policies, but for me, the term clearly implies zero emissions; and when it comes to environmental impact, net zero and real zero can be poles apart.

‘Climate positive’ is another term for marketers to steer clear of. Culprits here include H&M and IKEA, and the term generally refers to products or services that remove more carbon than they emit. But of course, a product’s impact goes far beyond its carbon balance, so these ‘climate positive’ products can have a negative environmental impact – a nuance that’s lost in a momentary purchase decision.

It’s crucial that brands are open about how they’ll meet net zero. Remember: you can’t call yourself a ‘climate leader’ if no-one can follow your example.

A recent Client Earth study looking at FTSE 250 companies’ annual reports concluded that when it came to net zero targets, “meaningful detail about assumptions, methodologies and strategies regarding targets was often limited or missing.”

Public disclosure is key, not least because not all zeros are equal. Businesses can achieve net zero either through a reduction-led approach in line with a 1.5°C future, or through a removal-heavy approach, relying on offsets. Because the overall impact varies hugely as a result, it’s crucial that brands publish separate reduction and removal targets.

Brands must be honest: how much carbon pollution will still be taking place? How much will you be relying on removal? Digging deeper, how exactly will you be reducing emissions? Will you switch to renewable power? Reclaim materials? Make changes to your business model? If you’re unsure where to start, Project Drawdown offers a range of climate solutions that you can implement today to cut emissions.

When it comes to hitting your removal targets, will you be planting trees on the other side of the world? Investing in moonshot technologies? Or will you be supporting or creating local offsetting projects?

Science-based targets offer organisations a clear framework to set carbon reduction targets. Back in 2015, the Science Based Targets initiative (SBTi) was set up to assess and validate emissions targets in line with a 1.5°C future, and they’re currently developing a net zero standard.

A South Pole survey in 2020 found that only 11% of companies have set a SBTi target. I think brands are missing out on a huge opportunity for credibility and impact here. Working with SBTi means that you’re publicly accountable to a clear carbon reduction strategy with interim targets. That’s the sort of climate leadership we need to see.

Tesco was the first FTSE100 company to set science-based targets to reach net zero by 2050. In the UK, they’re aiming to reach net zero earlier, by 2035. They’ve set a good standard for accountability by publicly reporting against their targets.

Mistake #5: Treat offsetting as a get out of jail free card

Offsetting should be the final part of a carbon management plan. For anyone reading this who’s tempted to see offsetting as a license for business-as-usual, it’s worth considering the impact of over-reliance on offsetting.

As she tends to, Greta cut to the problem in a Davos address in 2020: “We are not telling you to “offset your emissions” by just paying someone else to plant trees in places like Africa while at the same time forests like the Amazon are being slaughtered at an infinitely higher rate.”

Carbon removal is no substitute for reduction. There is no silver bullet. If big businesses aren’t feeling the heat of making significant operational changes, their net zero plan might be more style than substance.

In the face of the grave socio-economic dangers of the climate crisis, it seems redundant to set out a ‘business case’ for genuine action around net zero.

But for those that see carbon management strategies as a cost rather than an investment, research from the Global Commission on the Economy and Climate points to big benefits to the bottom line. Their report suggests that bold climate action could deliver at least $26 trillion in economic benefits through 2030, while generating more than 65 million jobs.

Whatever your driver, the need for urgent action is clear. Net zero offers businesses a huge opportunity to build back better. With clear, actionable milestones and an honest, science-based approach, I’m hopeful that brands can avoid greenwashing and bring about needed change.

To learn about how Provenance is helping brands communicate their progress on carbon, click here.

This article originally appeared on Forbes.

Designer, technologist and the founder of provenance.org.

Transparency in beauty & wellness: why 2020 will be a breakthrough year

What is the full story behind your everyday products? – our Ellen MacArthur Foundation webinar 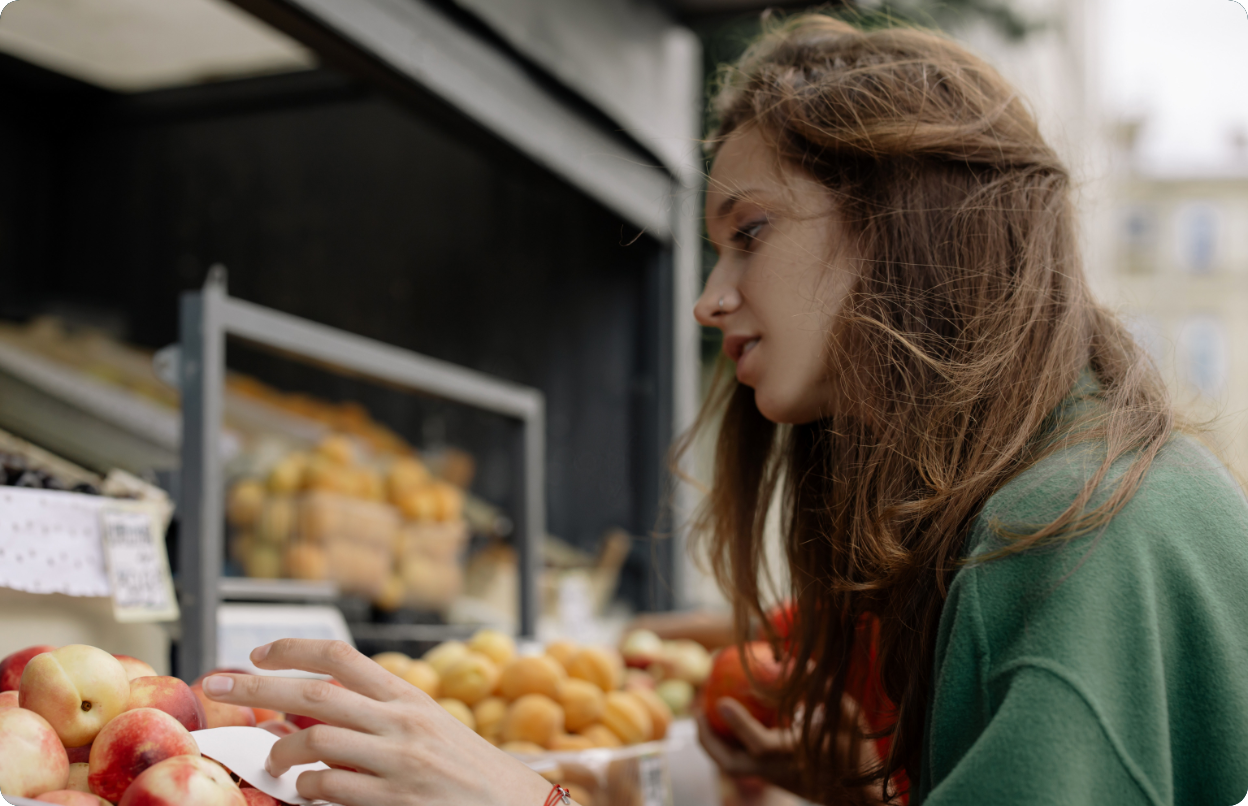