An industry that lacks integrity

“Made using nothing but apples, water and time.”

So says the bottle of Avallen spirits, but in an industry that completely lacks transparency and is not required to disclose nutrition or ingredient information – how do you know what’s actually inside?

The drinks space is filled with incredible examples of marketing, backed up by little to no proof. Warm-hearted maker stories, statements around quality that mean factually nothing and generally a disconnect from the resources (and full ingredient list!) that went into it. This is just how bottles are sold.

“I have now been in the spirits industry for over 10 years and have always felt that there was a lack of transparency in the supply chain compared to that of the world of wine. This I think especially so, when it comes down to the origin of the raw materials used.” – Stephanie Jordan,  CEO & Co-Founder at Avallen Spirits

A spirits brand with sustainability at its core

But when Tim Etheridge-Judge and Stephanie Jordan, the founders of Avallen, first started talking to us earlier this year about a new Calvados (apple brandy from the Normandy region of France), it was easy to get excited as they wanted to take an entirely new approach.

They wanted to put sustainability at the heart of their brand. Their passion for the drinks industry – and their tenure in it –  was only overshadowed by this absolute drive to make sure they did everything in the most purposeful way. At each stage, they put their values forward as the benchmark from which to make their decisions.

This meant packaging – they sourced everything from France, including the bottle, the cork and paper. This meant labels – (also local); they used re-purposed apple-pulp paper, sustainable dyes and removed all varnishes and plastics.

It also meant finding a distillery – one that would honour their modern approach to a very classic spirit category. Challenging an industry lacking transparency around ingredients, they made public a third-party lab report to provide proof that no sugar, colourings or additives were used in their natural spirit.

And then there are the bees…

Stephanie and Tim have a particular fondness for these creatures. After all, we have pollinators to thank for the delicious cocktails we get to drink – Calvados included!

The highly-skilled, low-valued labour force (something we hear about too often working in global supply chains) of pollinators provides irreplaceable services to our agricultural systems. They support the production of 87 of the leading food crops worldwide (source: FAO), and, in the case of the honeybee specifically, they’re doing an estimated $11-$15 billion in work for American farmers every year (source: USDA).

And so the plight of the bees, and the protection of these “winged warriors”, became the purpose which Stephanie and Tim set out to build their business upon.

“We want to prove that a spirits brand can both be profitable and beneficial to our planet by raising awareness of the dramatic decline of the world’s bee population and supporting projects and research to help protect the future of the most important of insects to our global food chain.” – Tim Etherington-Judge, Co-Founder at Avallen Spirits

They often saw charitable announcements that they felt weren’t followed through. So, along with decisions around sustainable practices, they wanted to make a public pledge to give back to the bees – and be held to it. The integrity and transparency around ‘walking the talk’ was key to them.

As such, Avallen pledge to donate €0.50 of every bottle sold and have committed to planting 10,000 wild plants over 3 years in order to support wild bee populations (which they have connected with the charity publicly to confirm).

Using the Provenance platform to back up their story and giving proof to each claim and commitment, they connected their profile to that of the Bumblebee Conservation Trust and the Laboratoire Cognac Oenologie to verify the validity of these statements.

They then used these proof points to connect the journey of the Calvados as a part of their advocacy and education around the product launch.

“Transparency and naturalness are core values at our company so teaming up with Provenance as a credible voice to tell our story is an incredibly powerful tool and will become more and more relevant as consumers demand the truth on how their favourite drinks brands are made.” – Stephanie Jordan, CEO & Co-Founder at Avallen Spirits

By building a new brand with integrity and transparency, Avallen is at the start of a journey to transform what the next generation of drinks looks like.

So, cheers to a future where you’ll not only finally know what exactly you’re drinking, but also the impact that it (and therefore we) have on the planet.

🌏At Provenance, we’re honoured to work with many purpose-driven businesses who are not only talking about – but are actively taking steps to better their impact on the world. If this is you, let’s have a chat. 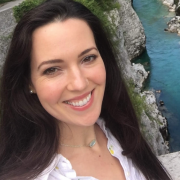 Marketing lead at Provenance 🌍✌️ Excited by all things food, drink, wellness and travel 🍽🍾☕🌊 Texas expat in London by way of Madrid 🇺🇸🇪🇸🇬🇧

Welcome to Provenance! To make interactions with our website easy and meaningful, we use Cookies. By continuing to use this site, you consent to this policy.